For those that have found this page without reading part I, please shoot over to here and start there.

For those already up to date, let’s go!

Okay, time to Nerd Up.

If you got this far, please hold on, I’m gonna try and keep the next bit as simple as I can…

If these molecules that squeezed through the gut lining found themselves on the vagus nerve (which connects the stomach and small intestines to the brain), the microscopic particles could potentially travel up into the brain and cause damage to the Substantia nigra, which is where Parkinson’s occurs.

Please note – this is not the cause of Parkinson’s, but can be argued as a contributing factor(4).

The 2 biggest components of damage to the gut lining are
Gluten and Lipopolysaccharides (LPS).

On a slight nerd deviation – LPS is a toxic byproduct that is highly detrimental to your health. Consider it akin to exhaust fumes in your car – you want it outside the car, not inside. You can imagine the toxic damage LPS can do if that gets through the gut lining and into your bloodstream… not fun, for anyone.

Neurological disorders may come from the gut. There is no direct correlation but there is a possible correlation.

How we doing do far… ready for a little more?

We’re gonna get a little deeper. Bear with me. This is probably the most important so I’ll do my best to keep it simples.

The repeated abuse of your shitty diet has led to the gut becoming more permeable (leaky) to foreign bodies (antigens – bad guys). You got that bit, right?

So now we have gluten coming through the gut wall, coming in the form of the antigen Alpha Gliadin.

Now problems arise when these cytokines are somewhat overzealous in their mission to kill Alpha Gliadin as they will also attack anything that looks similar to Alpha Gliadin. Hmmm…

So prolonged exposure to gluten, damages the gut wall, Alpha Gliadin enters the bloodstream, the brain produces cytokines to come and destroy Alpha Gliadin but also anything else that looks similar to Alpha Gliadin…

What if there are similar-looking structures on the thyroid gland?
Well, the cytokines attack the similar-looking (Alpha Gliadin) molecules without asking questions. Now the brain produces antibodies to remove the dead thyroid cells.
You continue to eat gluten and down this particular (genetically vulnerable) chain, the thyroid becomes under attack and the process continues and continues until this mechanism becomes self-perpetuating and boom – now you have your immune system attacking your thyroid = Hashimoto’s Thyroiditis.
All because the thyroid has similar-looking amino acid structures to wheat.

If you want more examples of Molecular mimicry, click here

People end up being diagnosed with health issues and do not relate them to autoimmune issues.

A lot of diseases are secondary to Non-Celiac Gluten Sensitivity, and as such, no connection is made.

You may have osteoporosis and so the Dr. may prescribe you bisphosphonate, which will help prevent further loss of bone density.
But your leaky gut is not absorbing enough calcium, vitamin K, and D, so until you fix your gut you will continue having fragile bones.

You have no idea how much this can help you.

Just because you have no direct symptoms doesn’t mean you don’t have any issues with gluten!

My suggestion is to become a little more conscious of the wheat-based products you consume. I’m not saying don’t ever eat them, but what I am saying is maybe don’t eat them all damn day, every day.

Become aware of how you feel when you do eat wheat. If you have immediate gut issues such as gas, bloating, constipation, pain, diarrhea, or smelly poops, then you may have a gut-related autoimmune issue. Other gluten issues not related to the gut can range from headaches, lethargy, skin issues, joint pain, depression, brain fog, and limb numbness. 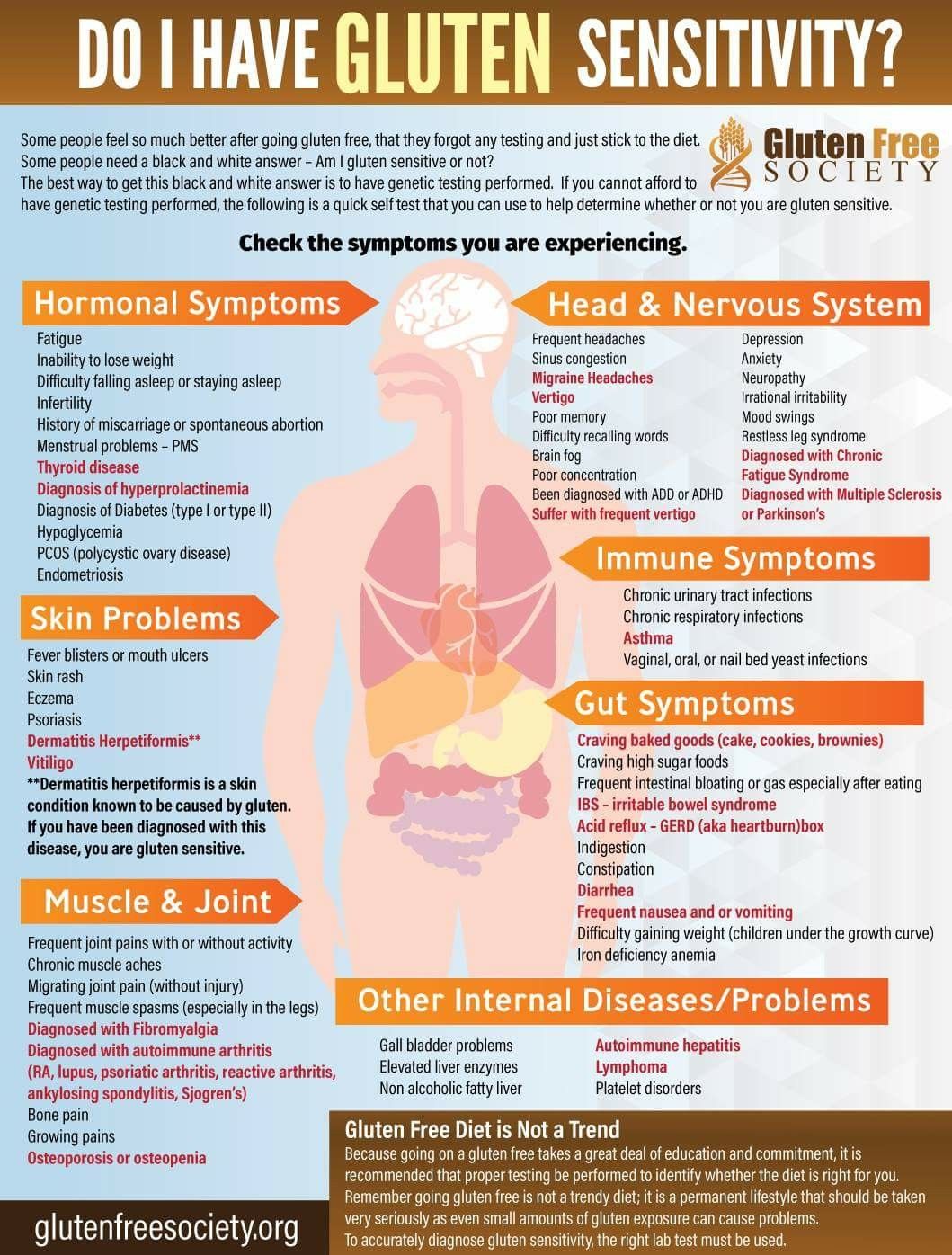 Feel how you feel

Sounds a little hippy wo wo, but listen to your body. How do you feel when you eat certain meals?

A little fermented food each and every day is a great way to start helping feed your gut healthy bacteria. And if you have any of the above issues, then I’d strongly suggest a good doctor, good blood test/food intolerance test, and to stay away from Gluten, it’s really is a bitch!

What to do if you don’t have any issues?

As I mentioned earlier there are some issues that come on slowly and more discreetly so as a word of precaution, with regards to living a longer healthier life, aim to reduce your intake of gluten-based products. Think of it like alcohol, now and again it’s ok, but every day is just a little too enthusiastic.

Think of the long game people.

Register to our newsletter